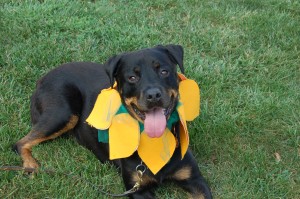 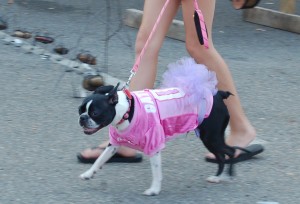 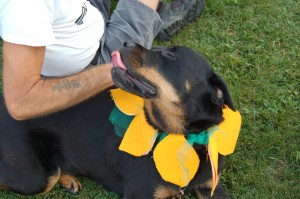 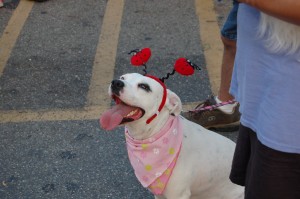 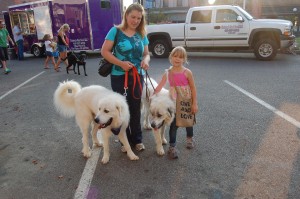 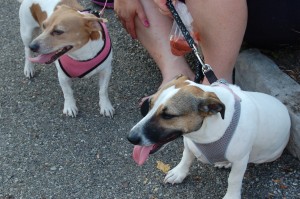 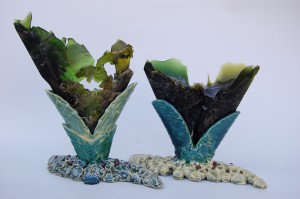 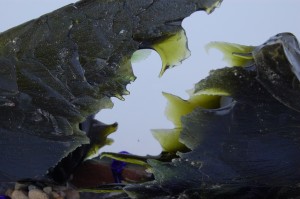 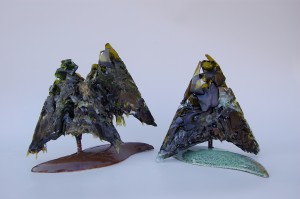 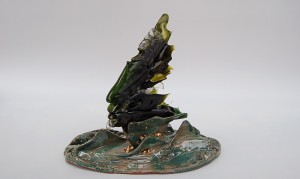 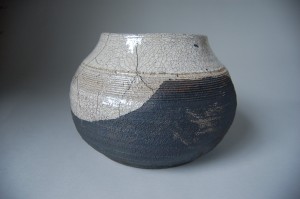 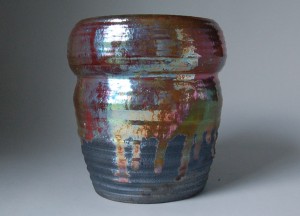 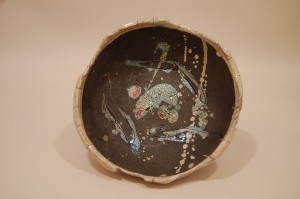 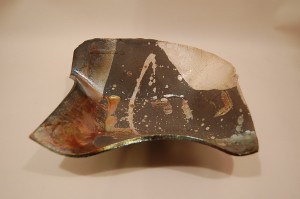 Raku pottery is all about the glaze fire and pushing the limits of the clays ability to withstand some serious heat shock.  Usually a clay body formulated to take the strain of being pulled out of the kiln while still red hot ( in the 2000 Deg F range ) is used to minimize breakage.  Large clay particles are the rule as this allows the heat and moisture an easy path in and out of the pot.

And why would anyone do this?  Because we can!  And the results of putting the piece into a smoking chamber with combustible materials-instant flames-will warm the cockles of any pyro’s heart.  Last but certainly not least are the results!  The smoke can enter the molten glaze and red hot clay body to produce beautiful black and white crackle with  flat black unglazed sections, and spectacular lustre colors.

Of course as with most things, in order to get one thing you must give up something else and in the case of Raku pottery that is sturdiness and the ability to hold water.  But who cares!  I mean look at these results.  Dried arrangements look great in Raku and because they are less prone to heat shock you can use them for smudge pots, incense burners, candles and even ash trays.

They should NEVER be used for food not even dried food but their best use is Art.