Let me start by admitting that the reason I work alone is because I am a diva.  Well that felt good, but of course any one who knows me knows that’s no secret.  But the Diva that I refer to here is that little black cat, Liz.  If you’ve been keeping up you’ll know that the little………… cat …………………. sorry I was trying to come up with some PG adjectives for her.  I failed. 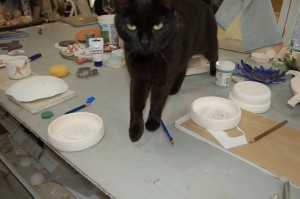 you weren’t busy were you?? 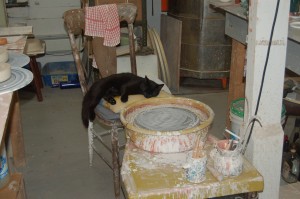 is this seat taken??

Long story short, she’s been confined to my studio during the daylight hours for the sake of the Hummingbirds and Barn Swallows.

She doesn’t seem to mind.  In fact I usually have to wake her up and kick her out at night.

I decided to try and exploit her for some photos of my little cat food dishes.   Anyone who’s ever hosted a cat knows that they are the masters of exploitation, so try to stop laughing long enough to see the results.  I started by offering food, the good stuff! 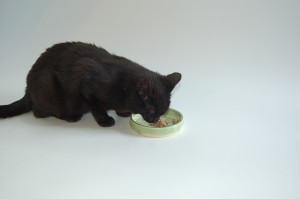 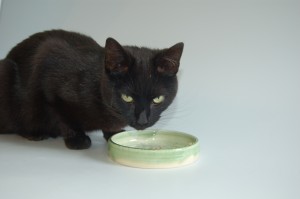 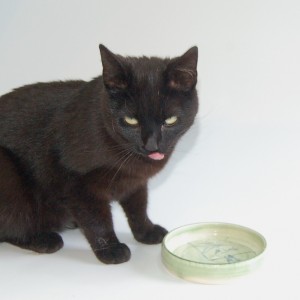 That was a start, what else ya got

She made quick work of the food and moved on. 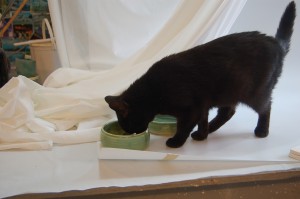 What’s in this one? 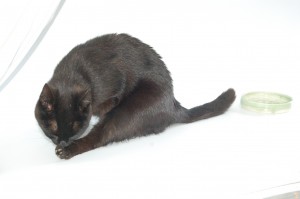 A clean cat is a happy cat, you don’t mind a few hundred black cat hairs on your white background. 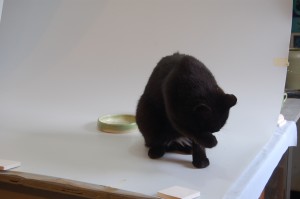 Oh wait I missed a spot

Well, after a snack and a bath she was bored with the whole thing, and sauntered off.   I kept shooting the pottery and just as I was finishing up, she waltzed back onto my table and settled in for a nap.  So I started putting dishes in front of her and clicked away with my camera, and after all that I got my picture. 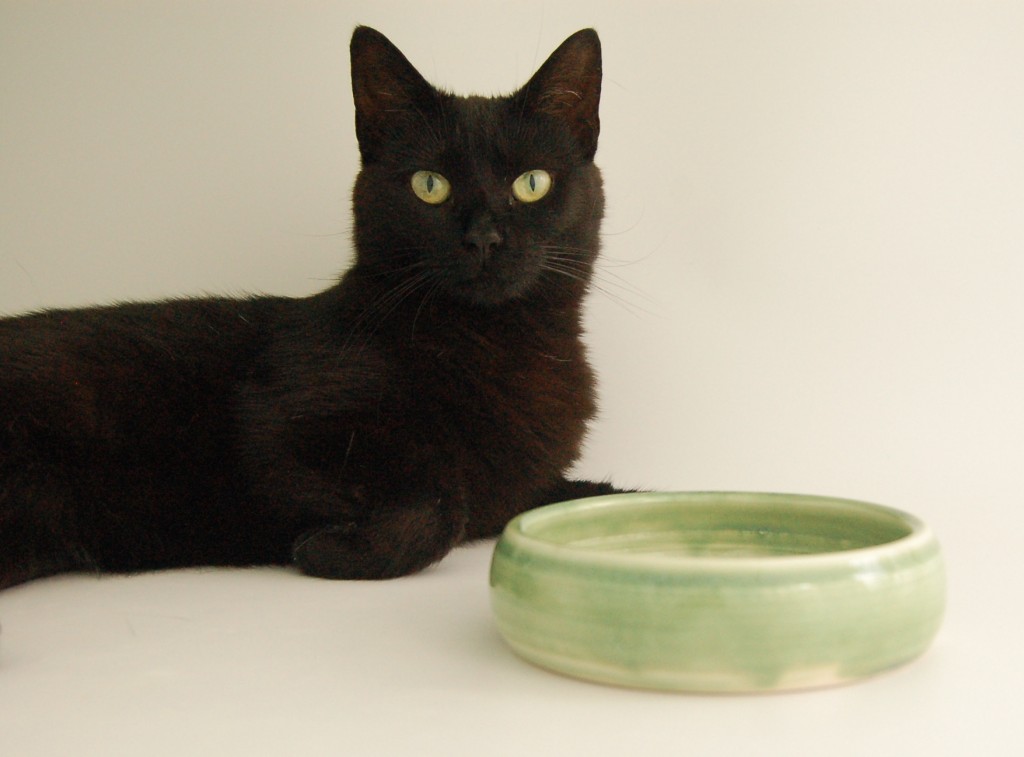 The usual cry around here is “Who let the cat IN!!”  This spring however we have had to lock up Liz for the sake of two Bluebird,one Tree Swallow, and three or four Barn Swallow nests.  Oh yeah, let’s not forget the Hummingbirds. 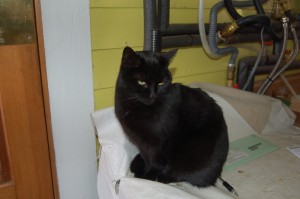 she looks so sweet

We live on an 80 acre farm with several out buildings including a huge barn so all nine of the cats live outside my house.  There are exceptions for illness and old age but they are only allowed in my pottery studio and the breezeway.  As long as they don’t break anything. 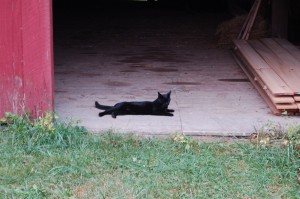 Liz lounging in the barn doorway, now that’s a breezeway

Most of the cats have had their summer of carnage when they were young but usually some strategic mouse traps at the base of the bluebird houses, a well thrown glass of water or letting the dogs out kept things under control.  But Liz is a holy terror.  She hides under the red poppies to grab unsuspecting Hummingbirds. 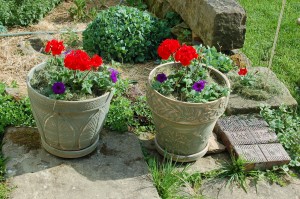 I love red flowers so do Hummingbirds

She also thinks it’s a great good game when the Barn Swallows dive bomb her.  She waits for them to swoop into range and tries to grab them out of the air.  Barn Swallows build their nests in the most unreachable spots you can imagine, not even a coon could get them.  Yet they insist on putting themselves at risk and of course if the parent dies… 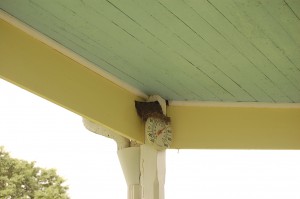 Barn Swallow nest stuck in a corner of the porch roof

Most cats outgrow this penchant for birds, they get harassed too but they keep their head down and move it along.  They sleep under the car instead of on top of it and I even had one old cat, Floyd that laid out in the sun and let the Mockingbirds slam right into him. 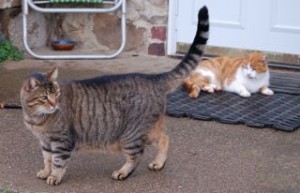 So we’ll see who wins this battle of wills.  My plan as usual is to feed her till she’s too fat to care.  It’s worked on most of them so far. 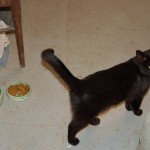 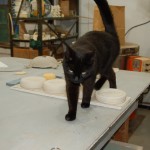 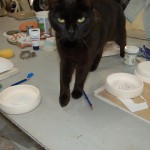 perhaps you didn’t hear me before

The real question is what level of damage can I stand!

and clay is dirt.

PS.  Cali was another holy terror (she nailed a squirrel when she was still a kitten) but these days all she wants is IN ! 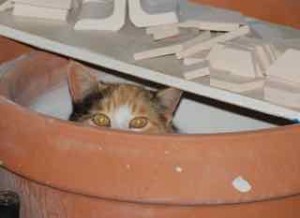 Cali blending into the clay