Stonehenge, a circle of enormous stones brought to that spot by people working with stone and wood tools.  Two different types of stone, one for the posts and one for the lintels.  Knobs carved into the uprights and holes carved into the cross stones to hold them in place. 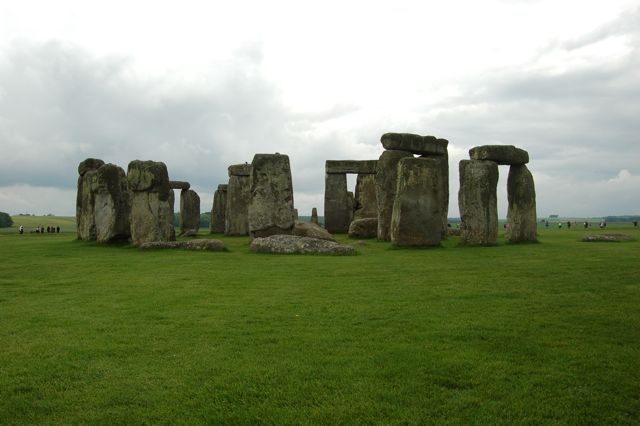 Not much is known about the people who built it but we can surmise that they were well organized and had the time and desire to build a place that was concerned with the passage of the sun.  Early peoples were much more acquainted with the changes of the moon and sun cycles and the effects on their everyday lives. 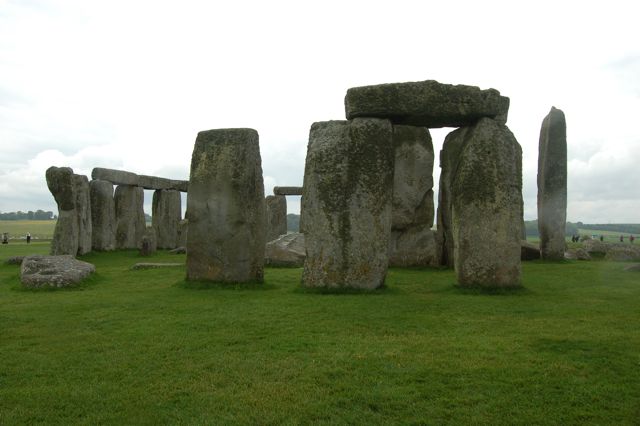 the following is an excerpt from wikipedia, there is a lot more info there 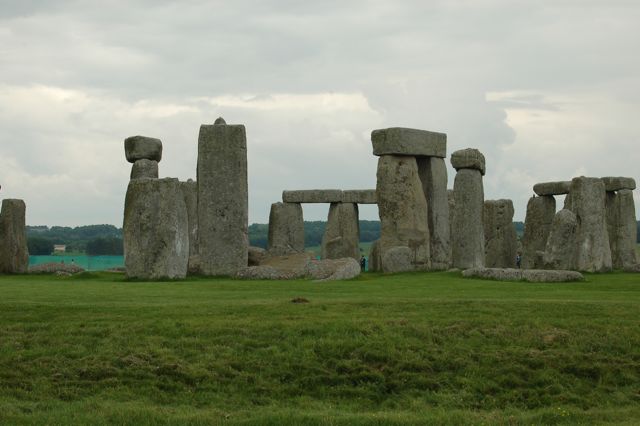 “Stonehenge evolved in several construction phases spanning at least 1,500 years. There is evidence of large-scale construction on and around the monument that perhaps extends the landscape’s time frame to 6,500 years.  It is in the middle of the most dense complex of Neolithic and Bronze Age monuments in England, including several hundred burial mounds.[1] 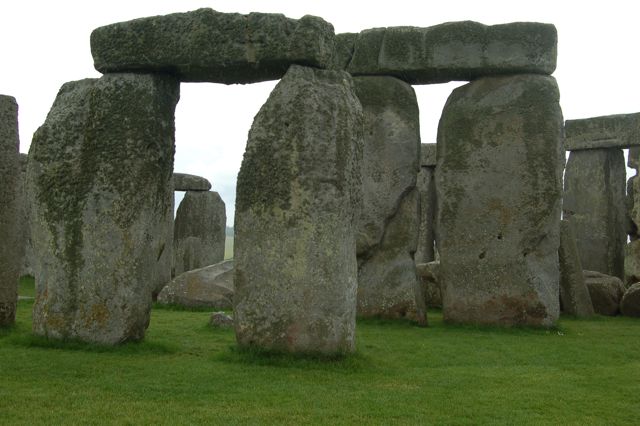 The surrounding circular earth bank and ditch, which constitute the earliest phase of the monument, have been dated to about 3100 BC. 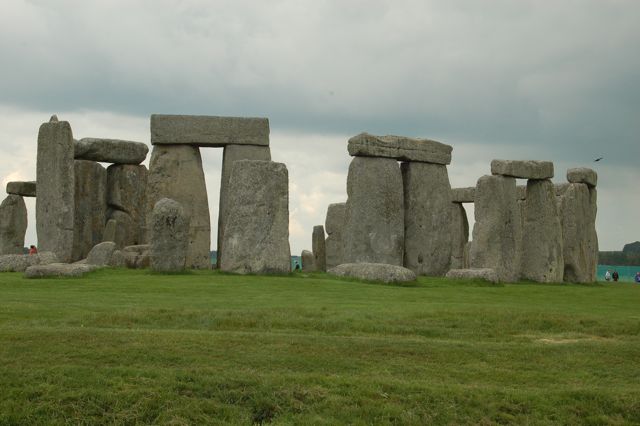 Evidence of the second phase is no longer visible. The number of postholes dating to the early 3rd millennium BC suggest that some form of timber structure was built within the enclosure during this period. 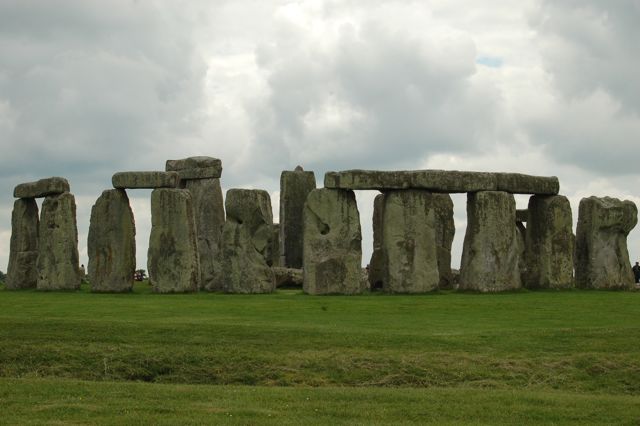 Archaeological excavation has indicated that around 2600 BC, the builders abandoned timber in favor of stone and dug two concentric arrays of holes  in the centre of the site. These stone sockets are only partly known (hence on present evidence are sometimes described as forming ‘crescents’); however, they could be the remains of a double ring. 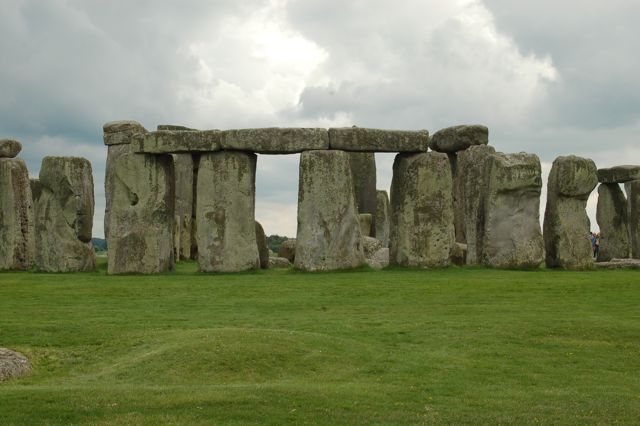 The north-eastern entrance was widened at this time, with the result that it precisely matched the direction of the midsummer sunrise and midwinter sunset of the period. This phase of the monument was abandoned unfinished, however; the small standing stones were apparently removed and the holes purposefully backfilled. Even so, the monument appears to have eclipsed the site at Avebury in importance towards the end of this phase. 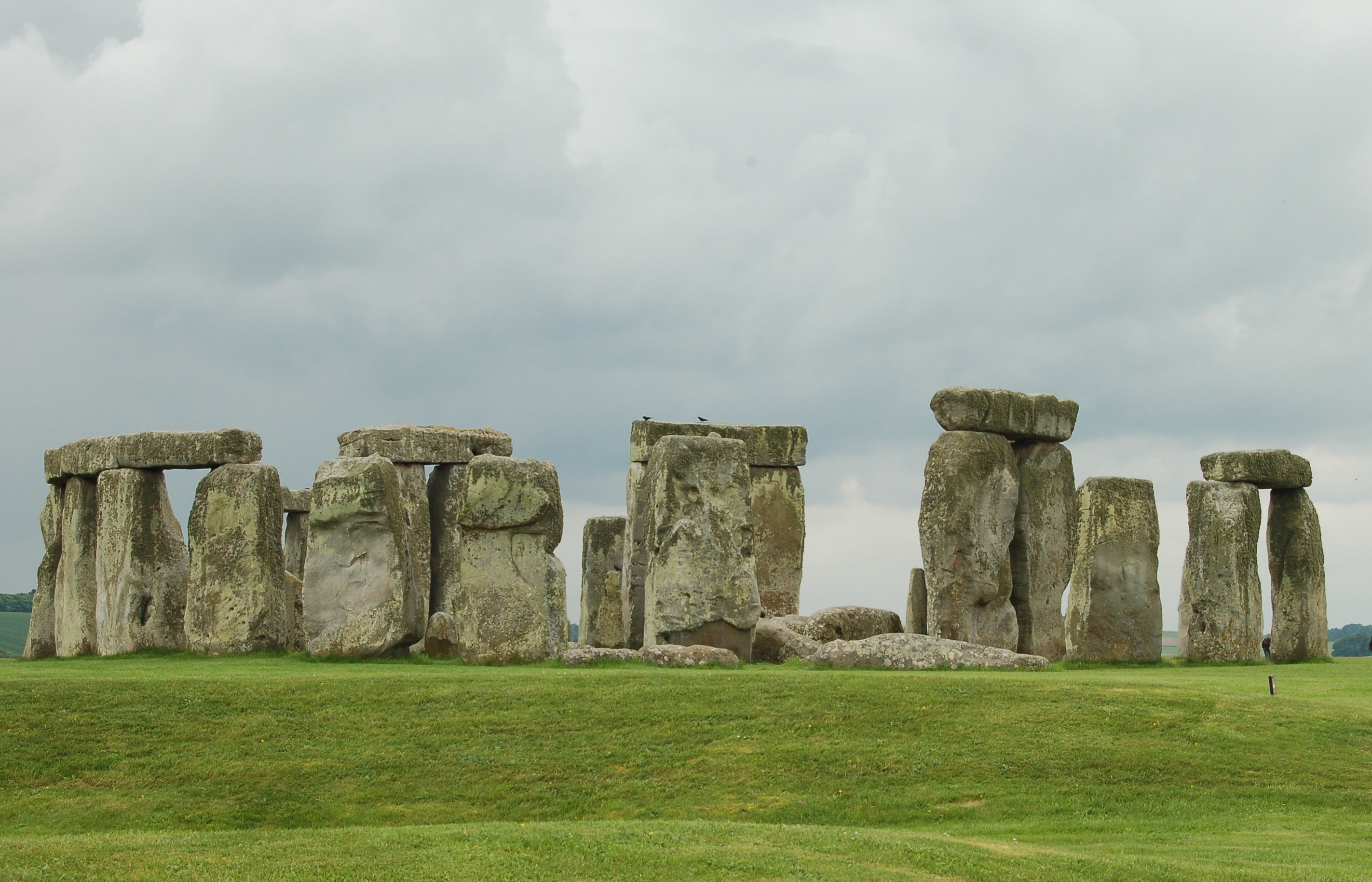 During the next major phase of activity, 30 enormous Oligocene–Miocene sarsen stones (shown grey on the plan) were brought to the site. They may have come from a quarry, around 25 miles (40 km) north of Stonehenge on the Marlborough Downs, or they may have been collected from a “litter” of sarsens on thechalk downs, closer to hand. The stones were dressed and fashioned with mortise and tenon joints before 30 were erected as a 33 metres (108 ft) diameter circle of standing stones, with a ring of 30 lintel stones resting on top. The lintels were fitted to one another using another woodworking method, the tongue and groove joint” 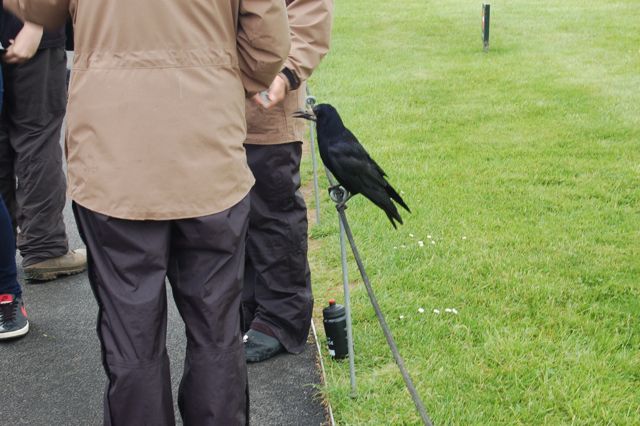 the guides were very well informed and they worked for peanuts!!!